The month of Love

Blog Home / Yearbook 2020 / Raksha Bandhan: All you need to know about the festival

Raksha Bandhan: All you need to know about the festival The Raksha Bandhan (Hindi “Ties of Protection”) is a Hindu festival celebrating brother-sister relationships. It is celebrated on the full moon of the month of Shraavana, over July and August in the Gregorian calendar.

The celebration is marked by the tie or tie of rakhi, or the union with a thread of the sister with the doll of her brother. Then the brother gives his sister a gift and makes the promise that he will take care of her. Traditionally, brothers and sisters feed each other on sweets.

This does not only happen with blood brothers, but it is also done with adopted brothers, and even with cousins ​​and good friends. Indian history is full of women asking for protection from men who were not their brothers or even Hindu. Rani Karnavati sent a rakhi (a thread) to the Mongolian emperor Humayun when she was threatened by Bahadur Shah of Gujarat. So Humayun abandoned the military campaign he was carrying out and went to his rescue.

The rakhi can also be tied on other special occasions to show solidarity or affinity (not just between brothers and sisters), just as it happened during the movements for the independence of India. 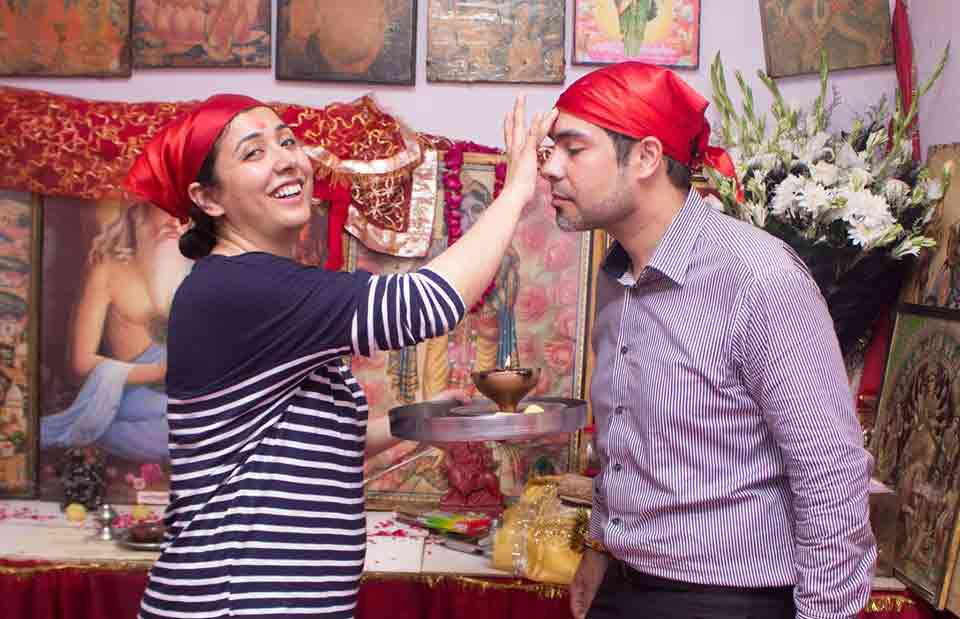 The origins of this festival are attributed to the following mythological incidents:

Indra's fight with Vritra. Indra, the king of the gods, had lost his kingdom to the demon Vritra. At the orders of the guru Brihaspati, Sachi, Indra's wife tied a thread around her husband's wrist to ensure victory in the next duel.

Draupadi and Krishna during Rajsuya yagva - After Shishupal's death, Krisna had her finger bleeding. Draupadi, the woman from Pandavas, took a silk son from her sari and tied it around Krishna's wrist to keep it from bleeding more. After this Krishna promised to return the favor. Many years later when Draupadi was to be disgraced because she was to be shown naked in front of the entire court by her evil stepbrother Duryodhana, she called on Krishna to help her. So did Krishna and then she stretched her saree so long that it was impossible for her to take it off.

RANI KARNAWATI AND THE EMPEROR HUMAYUN

One of the oldest origins of the Raksha Bandhan, in documented history, dates back to the medieval era. During this period the Rajputs fought against the Muslim invaders.

During this time Rakhi was a spiritual symbol associated with the protection of the sisters. According to the story when Queen Karnawati, the widow of the then King of Chittor, realized that she could not defend the invasion of the Sultan of Gujarat, Bahadur Shah, she sent a rakhi to Emperor Humayun.

The emperor, moved by the gesture, accepted the rakhi considering Queen Karnawati as a sister and immediately left with his huge troops to give him protection. 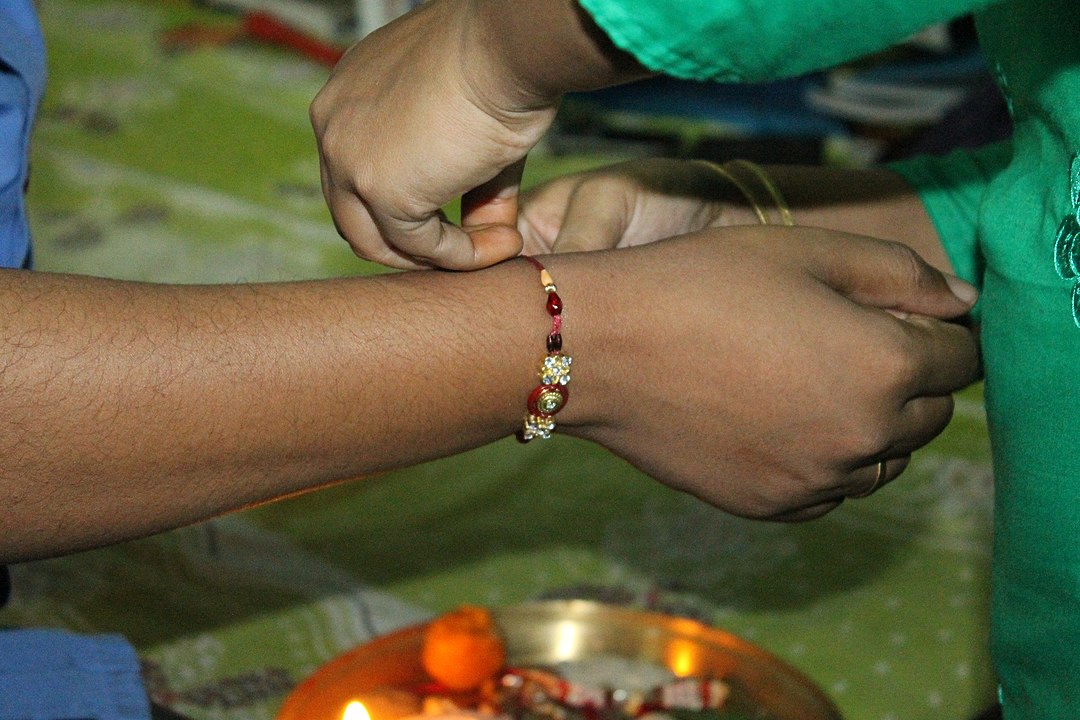 THE RAKSHA BANDHAN CELEBRATION IN INDIA

While the Raksha Bandhan is celebrated around the whole country, the different places of it mark different forms of celebration. These celebrations take place the same day, although in some places they do not give importance to the theme of rakhi.

Perhaps the most important way to celebrate Raksha Bandhan is when rakhi is tied. The sister ties a rakhi to her brother's wrist. This means that she asks for your protection and love. The brother must accept the rakhi and confirm his love and affection for his sister by offering him gifts and money. After this the whole family celebrates it with a feast.

It is a family celebration where all its members who dress in their best clothes participate.

This is how the Raksha Bandhan is called in North and Northwest India. The word "purnima" means full moon night.

In western Inida and parts like Maharashtra, Gujarat and Goa, this day is known as Nariyal Purnima. During this day an offering of coconuts (nariyal) is made to the sea, as a form of respect towards the god Varuna, the god of the sea. Nariyal Purnima marks the beginning of the fishing period and the fishermen, who depend on the sea to live, make an offering to the god Varuna so that they can collect abundant fish in the following fishing season.

In areas of southern India such as Kerala, Andhra Pradesh, Tamil Nadu and Orissa, this day is celebrated by the Brahmin community as Avani Avittam day. In Karnataka it is known as Upakarma by the followers of Yajurveda. This is the traditional day of the beginning of Vedic studies.

In the central part of India as in Madhya Pradesh, Chattisgarh, Jharkhand and Bihar this day is known as Kajari Purnima. It is a very important day for farmers and for women blessed with a child. On the ninth day after Shravana Amavasya preparation for the Kajari festival begins. In the Kajari Navami there are varied ritual performances that are performed by women who have children and last until the day of the full moon arrives.